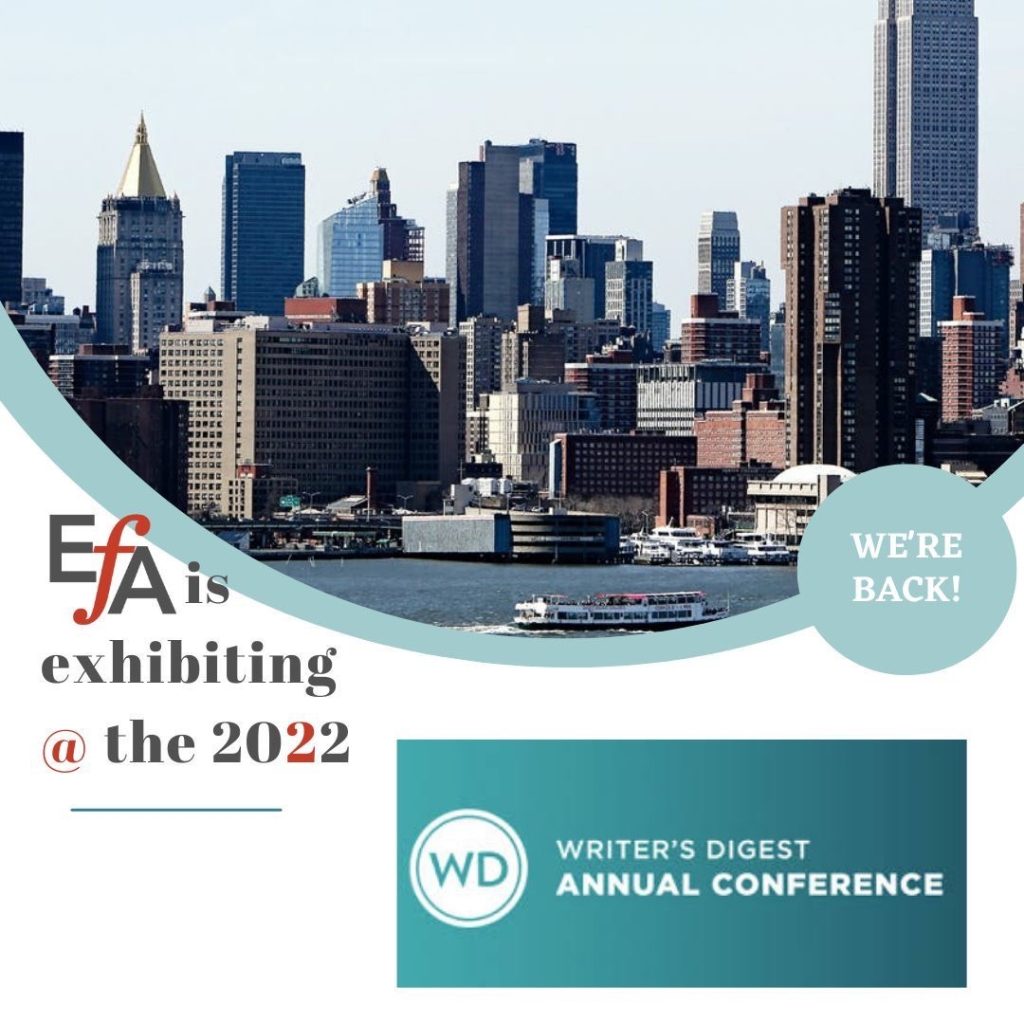 After a two-year hiatus, the annual Writer’s Digest Conference returned to New York City at the end of July. The EFA has been a longstanding exhibitor at the conference as well as an advertiser in the print magazine, and we renewed our commitment to both again this year.

In addition to seeing our ad on page 17 of the July/August issue of Writer’s Digest, attendees may have heard conference speaker Jane Cleland mention the EFA as a great resource for finding freelance editorial specialists (she and other industry leaders often refer writers and other potential clients to the EFA).

While there were far fewer attendees and exhibitors than in years past, the EFA booth was busy throughout the three-day conference. One attendee stopped by at the recommendation of a current EFA client who is working on their second book with an editor they had initially found through the EFA Job List. Volunteers met other members of the EFA community, including Mary Sheeran and Jenny Hubert, who recently got a job through the Member Directory and remarked that it has more than paid for her EFA membership.

Thank you to all the volunteers who represented the EFA and fielded questions from potential clients and members: new Board member and Discussion List chairperson Jean Gazis, founder and former chairperson of the Diversity Initiative Sangeeta Mehta, members James Berg, Jacquelin Cangro, and Donna Miele, and staff member Vina Orden.

EFA members, learn more about volunteering at events such as book festivals and trade conferences in your area by visiting the Representing the EFA page on the website (you must be logged in to view it).