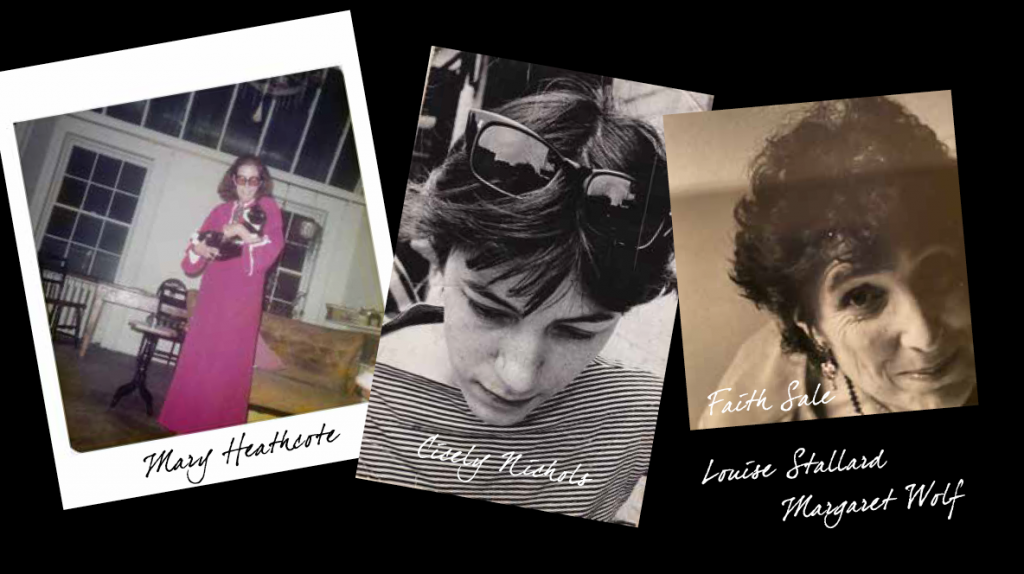 As part of celebrating 50 years of the EFA, the 50th Anniversary committee set out to document the association’s history. After a year of combing through the archives; reaching out to members past and present as well as friends and family members of our founders Mary Heathcote, Cicely Nichols, Faith Sale, Louise Stallard, and Margaret Wolf (we are deeply grateful to Nichols’ children Hilda, Christine, and Jenny Speicher for sharing the photographs above with us); writing and editing video scripts; and working with the indefatigable creative team at Robot House, we are delighted that a four-part documentary on the history of the EFA now is available for viewing on our YouTube channel.

Part 1, “Celebrating Our Beginnings,” traces the association’s beginnings in 1970 to a group of female editors who were fired by Grove Press for trying to establish a union and organize the publishing industry. From its inception, the EFA has been a volunteer-led community of freelance publishing professionals. Fifty years later, we are proud to be the nation’s largest and oldest professional organization of editorial freelancers.

Part 2, “Celebrating Our Journey,” tells the story of the volunteers who have stewarded the organization over its history and how the EFA has continued to evolve and meet the changing needs of EFA members, from when it began “underground” in NYC in the 1970s to the present amidst the Covid-19 pandemic. A pioneer in organizing freelancers into a network for mutual support and advancement, the EFA is now recognized throughout the publishing industry as the source for professional editorial assistance.

Part 3, “Celebrating Our Members,” charts our journey beyond our beginnings in New York City—developing regional chapters (currently 29), growing our membership in every state and in over a dozen countries, and launching the Diversity Initiative to encourage and support a more diverse membership.

Part 4, “Celebrating Our Achievements” reveals how the EFA has reflected the changing world, from the adoption of new technologies to dealing with an unprecedented global pandemic. We serve editorial freelancers in a different way today than we did when it all began in New York City in the 1970s, but the movement forward continues in ways that best support our growing membership.