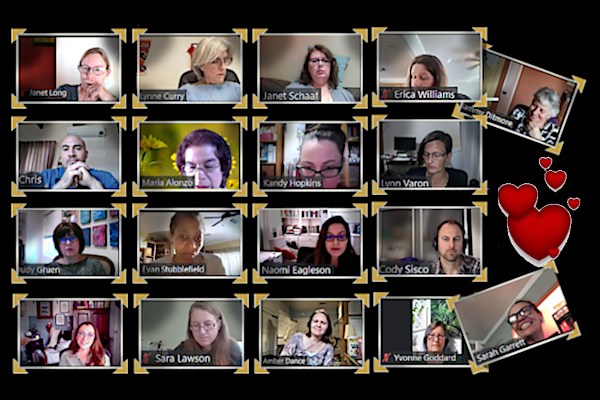 The Los Angeles Area chapter of EFA met on February 24 to discuss how to prepare ourselves and our businesses in the event of an emergency, such as a natural disaster or health crisis. Coordinators Linda Ruggeri and Maria Alonzo addressed a range of precautionary measures from surge protectors to client information organization. Discussion was followed by two breakout rooms that drew a lot of applause from attendees: one on memoir editing, led by Linda; and one on magazine editing, hosted by Lynn Varon. Chicagoland chapter coordinator Kandy Hopkins joined us and brought along Janet Schaaf, EFA member from Kansas.