Longstanding and new EFA members came together for the annual winter potluck in New York City on January 15. There was much to celebrate—from the start of a New Year, to the national office’s recent move to the Garment District in Manhattan, to fifty years of empowering editorial freelancers since 1970! Current and former Board Members in attendance included Co-Executives Christina Frey and Bill Keenan, Sheila Buff, Amy Fass, Laurie Lewis, Elliot Linzer, Ruth Mullen, J. P. Partland, Karen Wallace, and Marcina Zaccaria. Bill welcomed everyone, acknowledging the contributions of “veterans” and new members to the EFA community, which has continued to grow and evolve over the years. The EFA is now more than 2,600 members strong, with over 25 chapters all over the country! 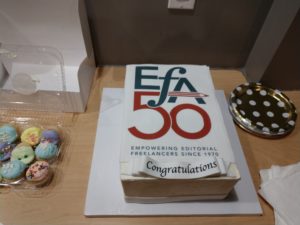 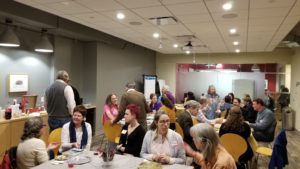 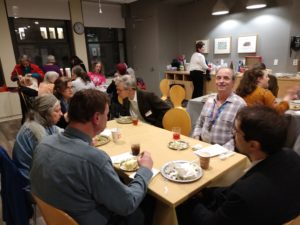