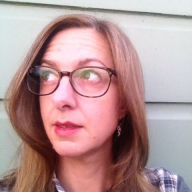 Kristen Tate has joined the EFA Board as the new Events chairperson. Kristen is the owner and lead editor at the Blue Garret, providing developmental editing and copyediting for authors of fiction and creative nonfiction. Kristen joined the EFA in 2015 and started the San Francisco chapter a year later.

Kristen took over from Amy Spungen, who held the position from February 2021 through October 1, 2022. Amy recently began planning work for a new Speakers Bureau, which will facilitate member-led presentations about freelance editing throughout the United States. Promoting the EFA through speaking engagements will complement the committee’s longstanding practice of having EFA volunteers staff an exhibitor table or booth at industry events. Once the Speakers Bureau is up and running, it’s expected to attract new members to the organization and new clients to the EFA Job List and directory more efficiently than sponsoring events where a table’s traffic can be unpredictable.

Events committee member Janet Long, who is a Los Angeles chapter co-coordinator, will also be working to develop the Speakers Bureau. In this first year, Kristen and Janet, as well as EFA co-executives Cody Sisco and Katy Grenfell, will represent the EFA at a handful of events. For this pilot program, they will use a presentation template modified as needed for various audiences, and it will be fine-tuned over time. Over the coming year, the Events committee will formulate Speakers Bureau guidelines, compile a list of potential speaker events or programs, and establish an application process for EFA members interested in joining the bureau.