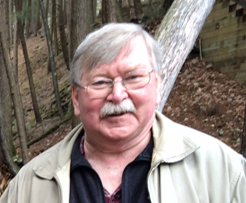 Well, “the only constant is change,” as the Greek philosopher Heraclitus might have said. And so there are a number of changes that we would like to announce about the makeup of the EFA Board of Governors for the coming year.

The first is that Jen Maybin, a very constant EFA member and the EFA’s long-time Education chairperson, will be stepping down from her Education chair position and taking over the Membership chair. The former Membership chair, Cassie Tuttle, will assist Jen and continue to serve as part of the Membership committee and will help with upcoming projects that include updating the EFA rate chart and looking into the creation of a mentorship program for new members.

Rudy Leon, who has been part of the Education subcommittee for the last year, will be taking over as Education chairperson. Rudy, who brings with her a great deal of academic experience, looks forward to managing the EFA education program and keeping up its valuable offerings to EFA members.

In addition to the changes mentioned above, the EFA Board of Governors will also be adding four newly-elected members, including Joy R. Drohan as Secretary, and Kelly Johnson, Denise Larrabee, and Chris Morton as Members at Large.

Joy Drohan was elected as the EFA’s new Secretary, and will be responsible for board meeting minutes, coordinating the annual elections, standing in for the Co-executives on occasion, and for a variety of other things. Drohan, who has served as secretary for at least one other organization, specializes in writing and editing in the fields of environmental and agricultural science. And she’s looking forward to keeping up the good work of the EFA’s previous Secretary, Judith Miller.

Kelly Johnson, who will be joining the EFA Board of Governors as a Member at Large, is an author, content curator, and PR specialist who has worked with actors, singers, professional chefs, and others to help them gain exposure for their projects, and she is looking forward to the opportunity to put her skills to use on behalf of the EFA and its members.

Denise Larrabee has been a freelance writer and editor for over 20 years, specializing in nonprofit publications. She will be joining the EFA board as a Member at Large, and she looks forward to using her experience working and volunteering for nonprofits for the benefit of the EFA.

Chris Morton, who will also be joining the EFA Board of Governors as a Member at Large, has worked as an employee, contractor, and freelancer over the course of his career, and currently provides writing and editing services to a variety of medical and high-tech clients. He’s looking forward to helping to support the EFA in whatever way he can.

At the other end of the change spectrum are those board members who will be stepping down from the board – hopefully to make room for other things in their lives. They include:

So, yes, there are a lot of changes to report, but we hope that what remains is the constant and ever-growing regard that the EFA has for its members and the efforts that it continues to make in a variety of ways on that membership’s behalf.