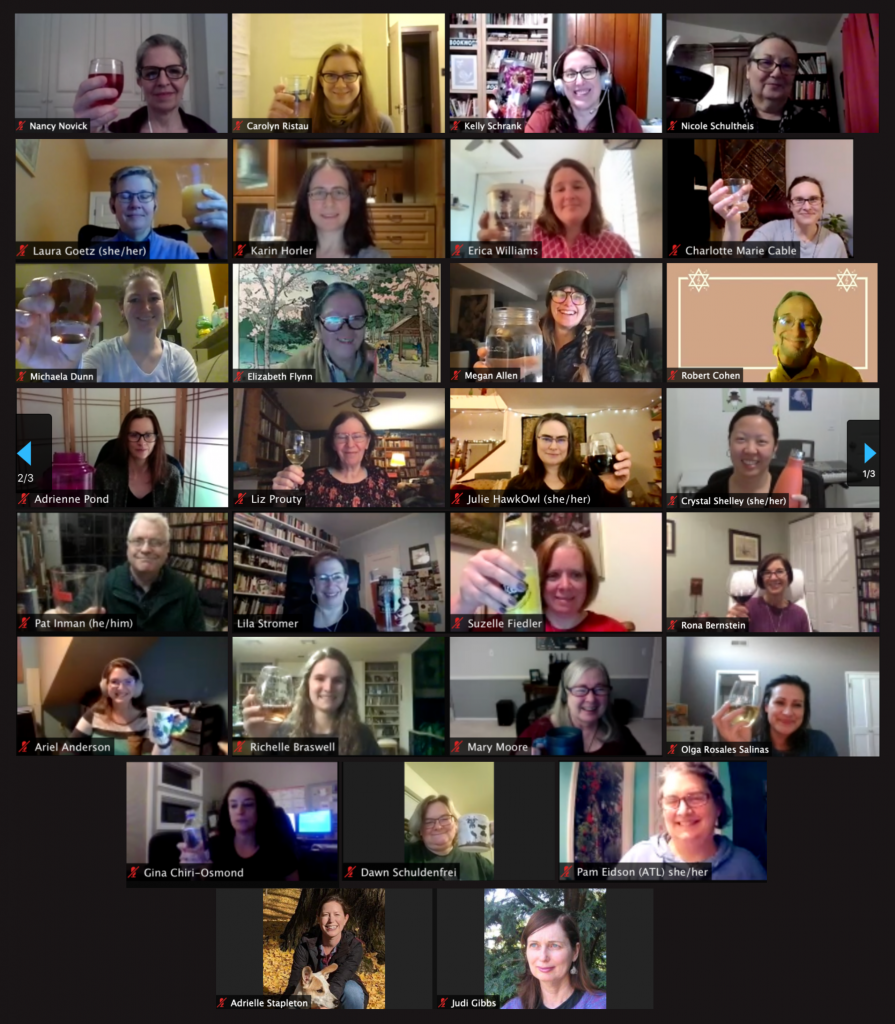 Traditionally, the EFA has hosted a winter potluck at or near EFA headquarters in New York City. However, in light of the Covid-19 pandemic and the encouragement of public health officials to practice social distancing, the association has had to suspend in-person meetings, including the potluck. While the event couldn’t take place in person this year, we were glad for a chance to connect with more of our members in and beyond New York and the US at our first-ever virtual Winter Social (held on Zoom) on January 14, 2021. 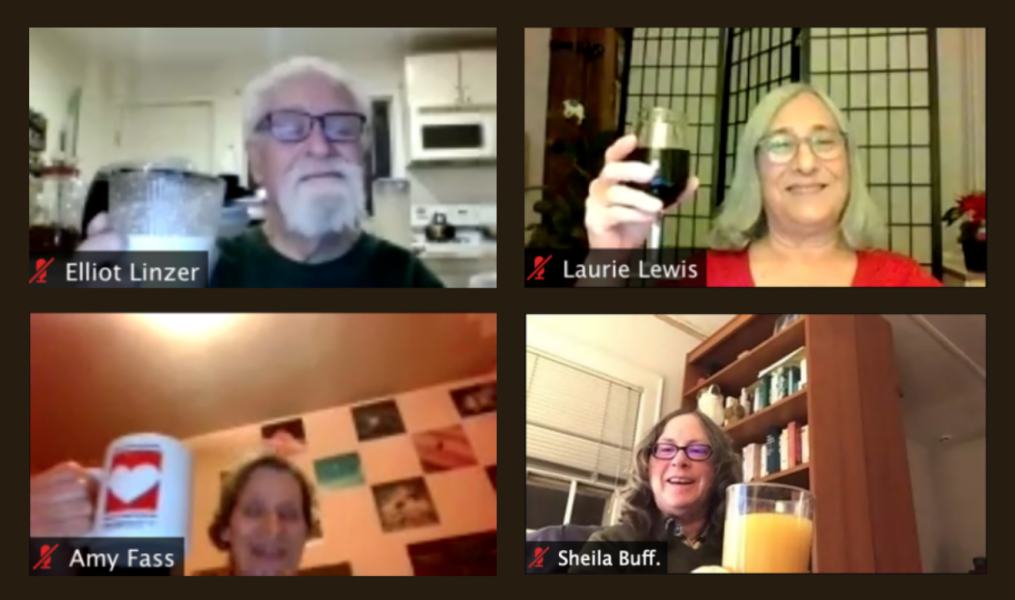 Members had a chance to network in groups throughout the evening. For the first half, members met with colleagues who worked in similar specializations or genres (a nod to the “affinity groups” of the past); then they broke out into randomized groups to get to know each other socially. Discussions in groups were facilitated by EFA Board members and staff: 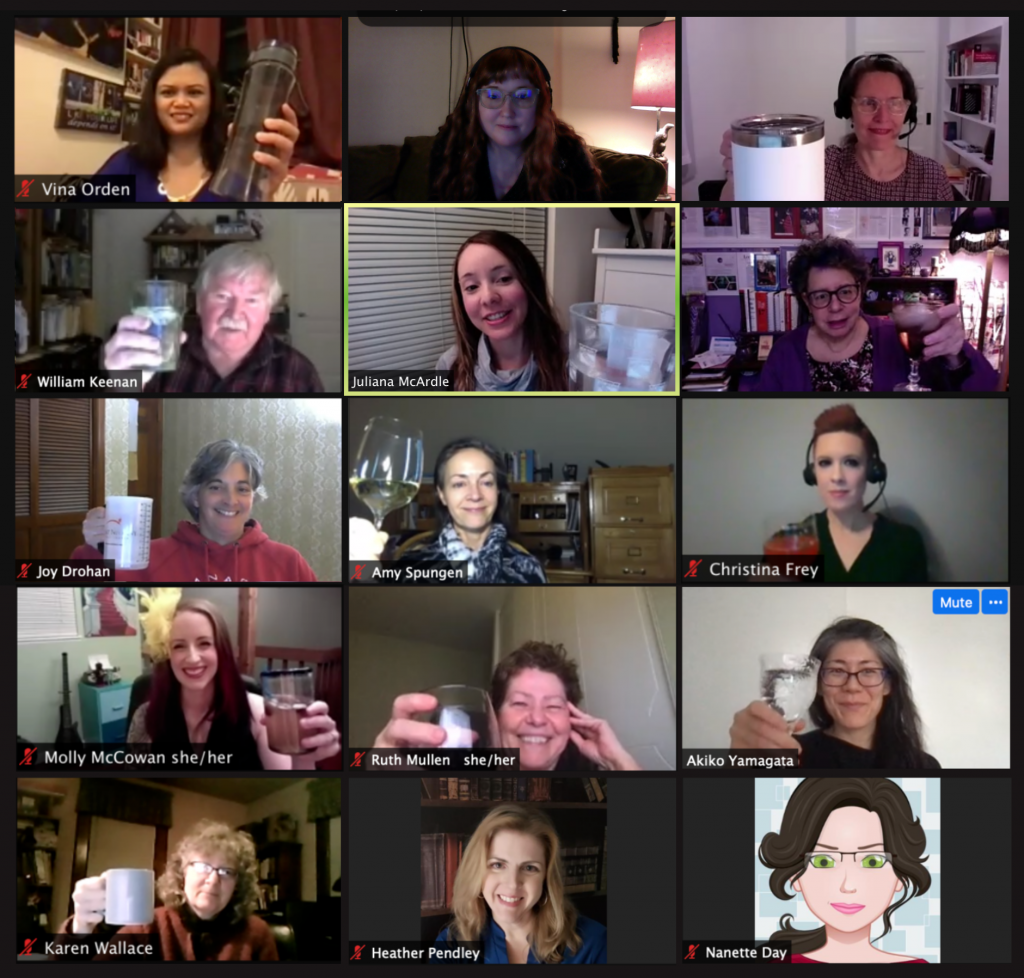 As part of the festivities, EFA General Manager Susannah Driver-Barstow thanked Laurie Lewis for coming up with the Create-a-Word Contest and the monthly challenges to coin new words that describe something unique to the freelance world. The contest gave many of us something fun to preoccupy ourselves with in a very challenging year.

In December, members were asked to vote for their favorite words, and Susannah announced the top three winners of the contest:

Deborah and Kirk were on hand to receive their plaudits.

Attendees were invited to make “The Blursday” cocktail/mocktail, inspired by the winning Create-a-Word entry, to have on hand to toast with at the event. As to why the recipe calls for a certain signature confection—anyone who has ever attended a conference knows that candy is a key ingredient to get attendees to swing by your booth. And, as those of you who have staffed EFA booths may know, for us that means Werther’s Original! In the spirit of celebrating 50 years of our organization, we encourage members to try “The Blursday” yourselves (and to let us know what you think)!

Co-executive Christina Frey reiterated that the EFA strives to support our members and keep them connected to each other, especially in these challenging times. It may be difficult to envision the future right now, but our community has faced and come through tough times before. She reminded members to take advantage of the free monthly webinars for members (you must be logged in to view this page), tailored to helping manage their business and themselves in times of crisis, as well as to attend virtual meetings hosted by local chapters.

Christina also noted that two seats have opened up on the Board: an Events Chair and a Membership Chair. The EFA is nothing without our members, and we welcome and encourage members of all backgrounds to volunteer, to serve on the board, and to participate in our community! You may read more about our Diversity Initiative and our commitment to diversity, equity, and inclusion here. To learn more about the openings on the Board, email office@the-efa.org.